After some good success prototyping a small, maneuervable harbor cleaner, this year's project is focused on getting a unit built that we could hand over to the port and let them test out. It will not yet have the full autonomy that the Port of Long Beach desires, but it would be a stepping stone to that. Read about the project at the related website here.

After the previous year's ocean cleaner prototyping, we decided that the ocean environment was severe enough that a real ocean cleaner would require millions of dollars to develop. Thus we stepped back and spoke with the Port of Long Beach about a harbor cleaner. The Port currently has a large harbor cleaner, but they would welcome a very small, highly-maneuverable harbor cleaner to pick up debris and plastics under wharfs and near piers (where their large cleaner cannot go). Read about the project at the related website here.

One of the senior design projects that Ray is supervising is a prototype for an Ocean Cleaner. With a different concept than other ocean cleaning ideas, the engineering seniors at CSULA will be building protoype hardware for a self-contained ocean cleaner You can read about the project at the related website here.

Ray has been involved with Habitat for Humanity to help people build homes in the local community. Habit for Humanity sponsors families to build their own homes with the help of volunteers. The families themselves have to put in a number of sweat-equity hours and go through financial training programs to make them appreciate the privelage of home ownership. 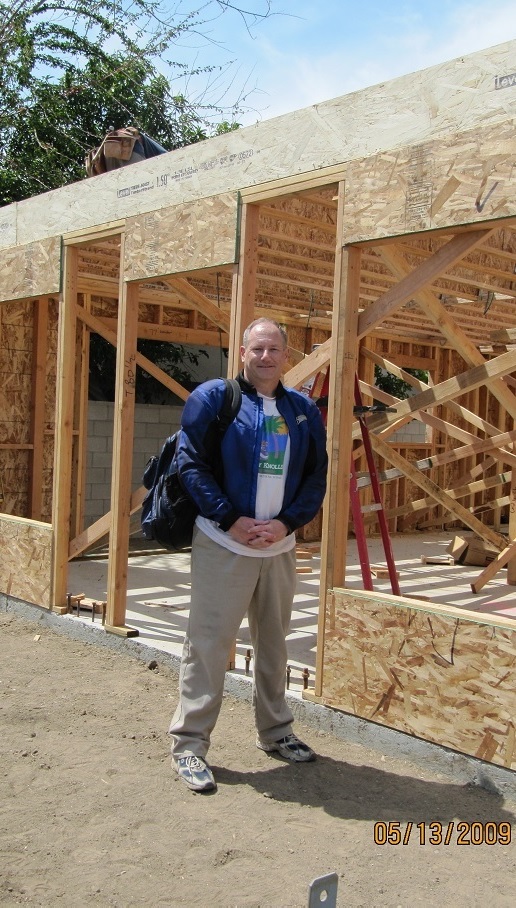 With the help of many people, houses get built for families who would never be able to afford them through traditional means. These programs are rewarding to the families and volunteers when they see the hard work that the families themselves put in to build their own houses. And the rewards are amplified when one witnesses the smiles on the families as they see their homes and dreams come to fruition.

Ray is in touch with Engineers Without Borders, Habitat for Humanity, and Within Arms Reach for future buidling projects. Who knows where these organizations will take Ray? 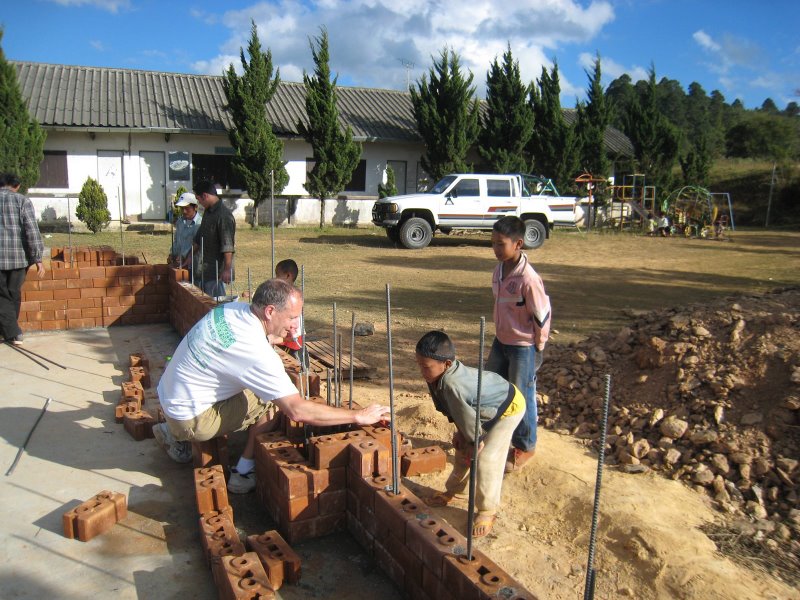 The Engineers Without Borders team went to the northern border of Thailand with Myanmar (formerly Burma) to build a school for orphans and refugee children. These children are orphans or refugees from the ongoing political turmoil in Myanmar either with the government or amongst indigenous groups.

The team built a three room schoolhouse where children can learn basic subjects as well as Thai and English languages. Many of these children (and their parents) only speak indigenous languages and have a limited capability for advancement without Thai or English skills.

The schoolhouse was completed in January 2009 and continues to serve the local community under the direction of the the Royal Thai Project.